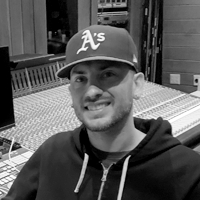 Brandon started his engineering journey at Paramount Recording Studios in 2005. After moving up the studio ladder from runner to engineer, he became a freelance engineer, working around town with all kinds of different artists and producers. Specializing in Pro Tools recording and mixing rap/pop/r&b. Brandon has worked with many talented artists, producers, and songwriters. 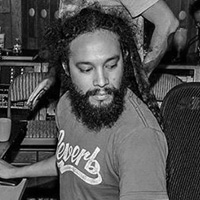 David Rodriguez was born & raised in Los Angeles and learned audio engineering at the Los Angeles Recording School in 2008. He started working at Westlake Recording Studios in 2011 beginning his journey into the professional music industry. Currently, David has been working with, and learning from top world producers “Fede Vindver” & “Pablo "El Guincho" Diaz-Reixa”. Not only does David record & mix, he also plays electric guitar. 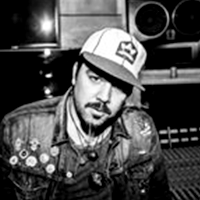 Born and raised in California, specifically Long Beach and Hollywood, Drew Drucker is a music producer, recording engineer, and songwriter. Getting his start in the industry at 19, he assumed a position at Paramount Recording Studios as a runner. After a session with Scott Storch, Drucker went from Runner to Assistant Engineer to Mixing Engineer in less than a week. Drucker has 6 Grammy nominations, multiple platinum and gold records. He is a hallmark for the new breed of engineer who has embraced and mastered modern production styles while maintaining a reverence for the old school. 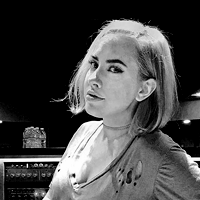 8x Multi-Platinum award winner Kim Katz is making waves through the music industry as one of LA’s few female engineers. Her lifelong love of music led her to study piano, play trumpet, join choirs, take vocal lessons, and become a DJ. When she discovered audio engineering, she headed Grammy U in audio school and graduated as Valedictorian. Since then, Kim has freelanced at the top recording studios in LA, giving her the ability to learn from and collaborate with premiere artists, leading producers, trend-setting songwriters, and prolific mixers. She specializes in perfecting vocals to their utmost potential and utilizes exciting contemporary mixing techniques. 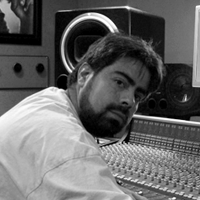 Oscar is behind the crafting, recording and mixing of chart-topping Grammy award winning musicians, top industry producers and start-up productions such as musical scores and commercials. With over 20 years of industry experience, Oscar has recorded and mixed works for a diverse group of artists and music producers. Most of Oscar’s work remains, by choice, unattributed, and he welcome’s challenging new projects in any genre or industry. 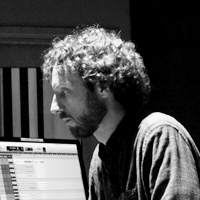 Stuart Schenk is a Grammy award winning audio engineer originally from Mobile, AL. After earning a bachelor’s degree from Louisiana State University and completing the Master Recording II program at the Conservatory of Recording Arts & Sciences in Phoenix, AZ, Stuart made the move to Los Angeles. There he quickly moved up through the ranks at legendary Can-Am Studios. As chief engineer at Can-Am he worked with a variety of A-list artists; from Dr. Dre to Macy Gray, from Guns n’ Roses to Busta Rhymes and everything in between. After helping Chris Lord-Alge and his team transition into Can-Am’s facilities when they purchased it in 2009, Stuart branched out on his own and began freelancing full time.